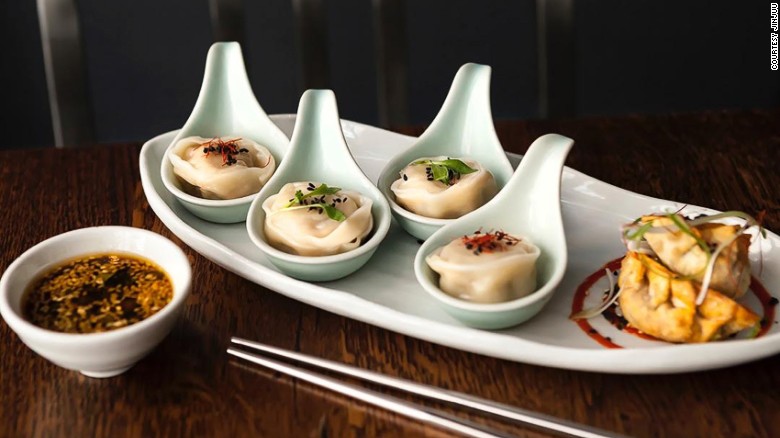 Korean food continues its global rise with the second opening in London from chef Judy Joo. Located on Albermarle Street in swanky Mayfair, it promises a fun and modern take on the country’s cooking with dishes that include hoedeopbap: slices of raw and fresh seafood with signature Korean dressing and marinated skewers of Ibérico pork and prime rib, cooked in the classic Korean barbecue style. Unsurprisingly, a number of cocktails feature soju, Korea’s spirit of choice, while some of the country’s best craft beers are also available.
Jinjuu, 39 Albemarle Street, London; +44 20 3889 0780
The Spanish Butcher, Glasgow, Scotland
Owners James and Louise Rusk already have award-winning venues to their name and, with more than 1,000 people booked into this New York-loft style restaurant in the first two weeks of opening, it seems their stellar run is set to continue. As the name suggests, expect top-quality Spanish meats including Grade 9 Galician steak or 30-month salt-cured Jamón Ibérico. Extensive grill options include seafood such as turbot and octopus.
The Spanish Butcher, 80 Miller Street, Glasgow, Scotland; +44 141 406 9880
Avecita, Kimpton Seafire, Grand Cayman
At the Kimpton Seafire Resort + Spa on Grand Cayman, Avecita is a 10-seat chef’s bar that offers a “tasting experience” of around 15 small plates created in front of you. Although chef Remy Lefebvre is French, he spent years in Barcelona which shows in his tapas cooked on the plancha, including slow-braised and charred octopus. Handcrafted cocktails feature local Caribbean bitters and fruit.
Avecita, 60 Tanager Way, Seven Mile Beach, Grand Cayman; +1-888-226-4412
IGNIV, St Moritz, Switzerland 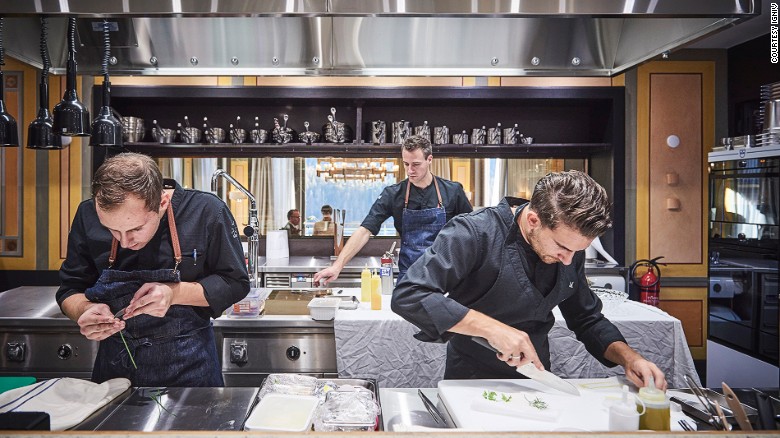 Badrutt’s Palace is a luxury hotel in the swish Swiss resort of St Moritz, now with a restaurant to match, in partnership with a chef with three Michelin stars to his name, Andreas Caminada. “IGNIV” means “nest” in Switzerland’s fourth language of Rhaeto-Romance. The restaurant invites gourmets on a gastronomic journey with a difference where platters of food are passed around the table, family style.
Badrutt’s Palace Hotel, Via Serlas 27, 7500 St. Moritz, Switzerland; +41 81 837 10 00
Cocina de Autor, Grand Velas Los Cabos, Mexico
Cocina de Autor at Grand Velas Los Cabos is led by two-Michelin-star Dutch chef Sidney Schutte, who has worked under some of the best in the business, including Richard Ekkebus at Hong Kong’s Amber. The just-opened $150 million resort on Mexico’s Baja Peninsula offers an opportunity for Schutte to build his enviable résumé. He can already claim SVH Meesterkok recognition, the highest that a chef can achieve in the Netherlands. His menu promises distinctive cuisine with “outspoken flavors that pop.”
Grand Velas Los Cabos, Carretera Transpeninsular Km. 17.3, Cabo San Lucas — San José del Cabo, Baja California Sur, Mexico; +52 322 226 7923
Hilma, Stockholm, Sweden
A hostel might seem an unusual location for a restaurant, but in an area of Stockholm known as Europe’s Silicon Valley, Hilma has won fans for global dishes with Scandinavian touches. This means plates such as trout sashimi with brown butter, soy vinaigrette, mushrooms and watercress or charred salmon with miso mayonnaise and dill salad. Pricing is based per dish from one for $14 to six for $65. With this being hipster central, there are even two resident tattooists on hand.
Hilma, Torsgatan 10, 111 23 Stockholm, Sweden; +46 8 505 323 70
12,000 Francs, Hong Kong 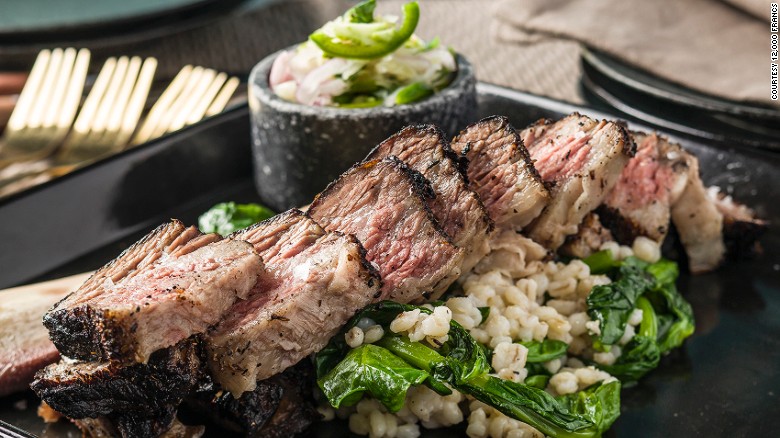 This oddly named joint in the city’s Soho district is inspired by Napoleon Bonaparte’s bounty offered for anyone who could preserve food for his troops. Accordingly, chef Conor Beach celebrates the art of preserving with global influences across the menu via Picked + Potted, Smoke + Salted, Vacuum + Fire and Sugar + Sweet. Japanese bonito fish comes with marinated and grilled eggplant, fried onion, smoked almonds and an almond aioli for a textural and flavor masterclass, while desserts are not to be missed.
12,000 FRANCS, 43 A Elgin Street, Soho, Hong Kong; +852 2529 3100
The Patio at The Margi, Athens, Greece
The Margi Hotel’s new restaurant allows chef Panagiotis Giakalis to raid the property’s farm for the finest Mediterranean produce, before crafting them into a choice of gourmet degustation menus that set a new standard for contemporary Greek cuisine. He brings with him serious culinary chops including stints with French legend Eric Frechon and time in Michelin-starred kitchens in Milan and Paris.
The Margi Hotel, 11 Litous Street, Vouliagmeni 16671, Athens, Greece; +30 210 8929128
Attitude, Avani, Bangkok, Thailand
Regular visitors to the Thai capital know that restaurants with views are much in demand, and its newest rises 26 floors above the Chao Phraya river. Attitude sits atop the new Avani hotel and serves small plates such as crispy pork skin with crunchy onion, polenta chips and a sweet and sour apple sauce. Mad Hatter is a crunchy matcha (green tea) cake, with lemon sorbet and kumquat salad. Try saying that after a few cocktails.
Attitude, Avani, 257 Charoennakorn Road, Thonburi, Bangkok, Thailand; +66 (0) 2431 9100
Agern, New York, NY, USA 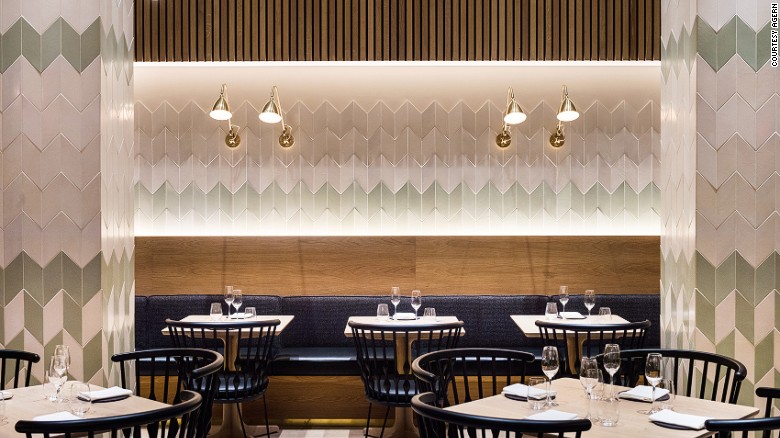 To global gourmets, Danish culinary entrepreneur Claus Meyer is something of a hero after co-founding the legendary NOMA in Copenhagen. His first US venture, Agern opened a few months ago in the jaw-dropping surrounds of New York’s Grand Central Station and has been packing them in ever since. Icelandic executive chef Gunnar Gíslason is at the helm and delivers simple, clean but memorable dishes with distinctly Nordic roots, notably in his Land & Sea and Field & Forest tasting menus.
Agern, Grand Central Terminal, 89 E 42nd St, New York, NY; +1 (646) 568 4018
Grow, Seminyak, Bali, Indonesia
Ryan Clift trained under chefs such as the legendary Marco Pierre-White before establishing his own restaurant, Tippling Club, in Singapore. Now he is targeting the island of Bali via a new space called Grow at the L Hotel. The concept is all-day dining with plenty of healthy eating options for the island’s numerous wellness fans. His reputation as winner of one of Asia’s 50 Best Restaurants 2016 means that other options will be more sinful.
L Hotel Seminyak, Jl. Raya Petitenget No. 8L, Seminyak, Bali, Indonesia; +62 361 894 7898
COMO The Treasury’s Wildflower, Perth, Australia
The indigenous people of Western Australia established a calendar of six seasons rather than four and this ethos guides Wildflower at COMO The Treasury, where genuine culinary innovation is on the menu. Executive chef Jed Gerrard has long been fascinated with native Aussie ingredients and his farm-and-forager menu is set to showcase truly seasonal and local produce. This may mean some of the state’s more than 12,000 species of wildflower or Dorper lamb make it to the plate, while dishes and desserts also feature wildflower honey from the restaurant’s rooftop beehives.
COMO The Treasury’s Wildflower, 1 Cathedral Avenue, Perth WA 6000, Australia; +61 (08) 6168 7855
Sushi Wakon, Four Seasons Kyoto, Japan 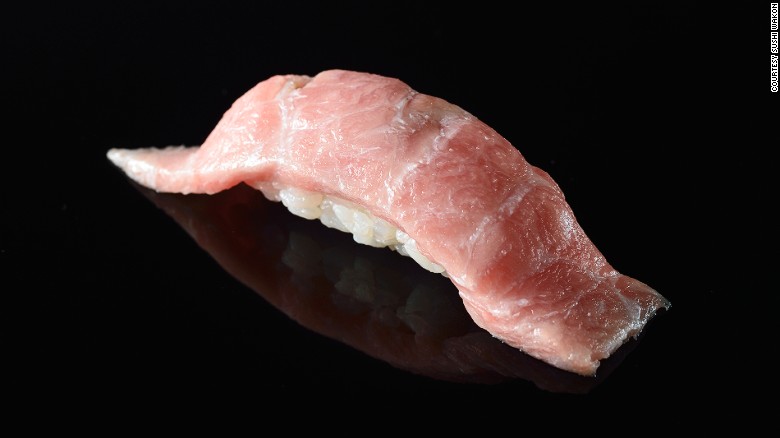 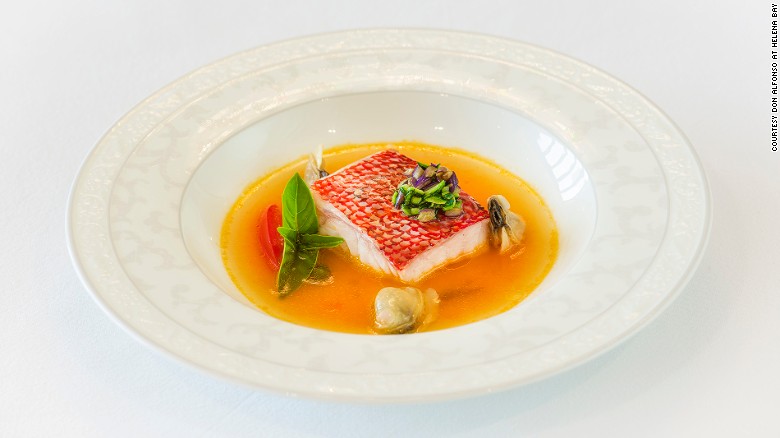 New Zealand is proud of its luxury lodges and Helena Bay is one of the newest, offering breathtaking views alongside world-class cuisine. It’s pulled off a culinary coup by bringing the team behind Italy’s renowned Ristorante Don Alfonso 1890 to the Southern Hemisphere. Michele Martino is the executive chef behind a six-course degustation menu which changes nightly.
Diners can expect Italian specialties with New Zealand influences, such as linguine with clams and zucchini, while the property’s acres of gardens ensure the restaurant delivers on its promise of “estate-to-plate” cuisine.
Don Alfonso at Helena Bay, 1948 Russell Road, RD4 Hikurangi 0184, New Zealand; +64 9 433 6006
White Gold, New York, NY, USA
April Bloomfield is one of the most successful British chefs in New York with venues including the much-loved Greenwich Village stalwart The Spotted Pig to her name. Her newest venture White Gold is uptown on the Upper West Side and features a full service restaurant with 38 seats that also doubles as a butcher’s shop. Carnivorous cuts such as beef heart are on the menu, in addition to fermented pickles, bone broth, smoked lamb shoulder and more.
White Gold, 375 Amsterdam Ave, New York , NY; +212 362 8731
Sushi Ginza Onodera, Los Angeles, USA
Sushi doesn’t get much better than Michelin-starred omakase-style where chefs craft every piece in front of you. West Hollywood is the second US location for Sushi Ginza Onodera, following their hugely successful New York opening.
The fish is all wild (never farmed) and flown in daily from Japan, meaning executive chef Yohei Matsuki has perfect produce to play with. The 16-seat counter is only open for dinner, with the menu at a cool $300 per person — but at least the gratuity is included.
Sushi Ginza Onodera, 609 N.La Cienega Blvd West Hollywood, CA; +1 323 433 4817
Best new restaurants for 2017

26 of the best global plates from 2017 with my stories to (occasionally) match. It’s listicle heaven.

It’s the impossible list, the reflection of a year of dining experiences which prove, despite everything, that Hong Kong is still one of the world’s greatest restaurant cities. These are not in any order of preference – and there are always some which I will have shamefully neglected or forgotten. Some may say they’re too …

A night of impeccable, genuine flavours and great fun in Tai Tam reveals how a little corner of Havana can be successfully transplanted a very long way.